close
Five steps How many electricity lines are needed? Where should they be built? These decisions are taken in five steps. More

close
Establishing requirements The goal in expanding the grid is to build no more new lines than necessary. This means we need to be able to predict energy requirements as accurately as possible. More

close
Background Here you will find background information about people and the environment as well as technical and legal aspects of grid expansion. More

close
Making your voice heard When is the closing date to submit comments? Who can get involved? On which platforms and channels is the Bundesnetzagentur present? More

How it works: Grid expansion in five steps

There is a broad consensus in Germany regarding the need for grid expansion. However, the extent to which new routes are to be constructed and their precise location is yet to be determined. This will now be done on a regular basis in a process consisting of five consecutive steps with significant public involvement. The aim is to equip the network landscape for the switch to renewable energy sources as quickly as possible and to reach the necessary decisions together with society as a whole.

How much electricity will we need in ten years' time? What role will coal-fired power plants and wind turbines play in the future? Possible answers are provided once a year by what's known as the Scenario Framework. It describes the likely developments in the German energy landscape over the coming years. The framework is drafted by the transmission system operators and approved by the Bundesnetzagentur.

The scenarios help the transmission system operators to calculate expansion requirements for the next decade. The result is the Network Development Plan, which must be confirmed by the Bundesnetzagentur. The Bundes­netz­agentur also documents any potential damage to the environment in an environmental report. Rounds of participation allow citizens, industry associations and public authorities to work together constructively on the Network Development Plan and the Environmental Assessment.

Together with the environmental report, the Network Development Plan forms the draft Federal Requirements Plan. This contains a list of the necessary projects – including start and end points for each new construction project. The federal government is presented with a draft such as this at least every four years. This starts the legislative process which concludes with the necessity of all projects being determined by law.

The next step depends on whether or not the planned extra-high voltage cable crosses national or federal borders. If it does, it is not the relevant federal state authority but the Bundes­netz­agentur which is responsible. The Bundes­netzagentur decides on the corridors proposed by the transmission system operators. It examines the route of the corridor in what is known as Federal Sectoral Planning, which includes a Strategic Environmental Assessment.

The corridors determined in step four form the basis of the Planning Approval Proceedings. The transmission system operators must take several alternative routes into consideration for each corridor. Their proposals are discussed publicly and assessed for their environmental compatibility. At the end, a planning approval decision is reached with the routes that impact the least on people and the environment. 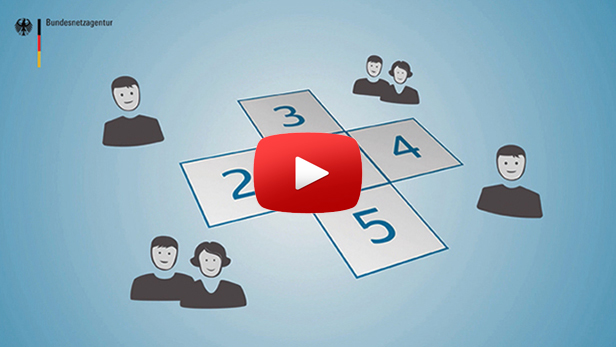 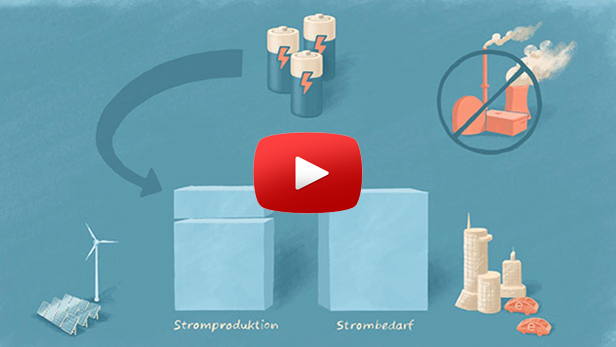 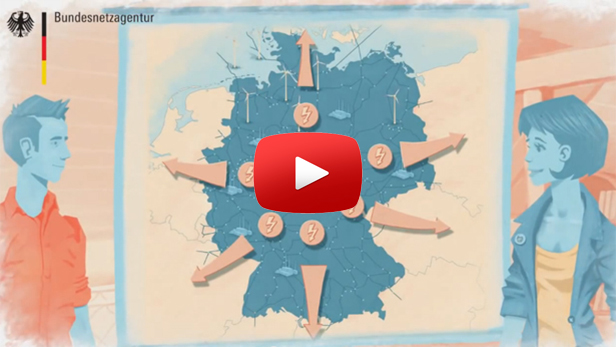 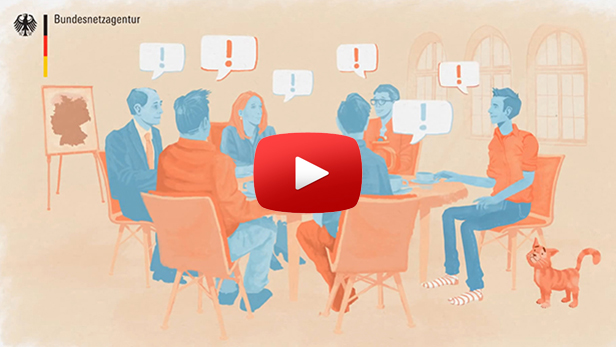